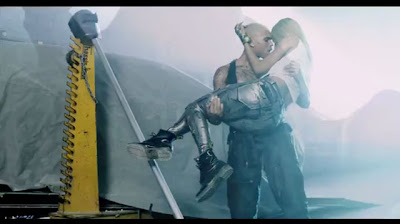 Check out the just-released music video for Keri Hilson's new single, One Night Stand, featuring Chris Brown
and off of her latest album, No Boys Allowed (must admit that when i first heared the song, i was pissed that it was going to be the next single cause there are so so many oher songs on the album but with such a beautifully made video, i have to reconsider! kudos Keri for letting us re live the 90's)