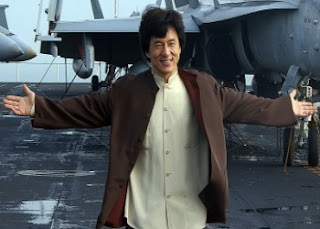 After numerous rumors in recent months were posted to Twitter that Jackie Chan had died, a new one circulated today that the legendary actor was dead from a heart attack in an L.A. hospital.

According to the press release, which hasn’t been confirmed by any independent source, the actor had been working on ....
Kung Fu Panda 2, but his heavy workload had put too much stress on his heart.
In an unlikely development, it was reported that Will Smith and President Obama had left their condolences.
If not for the previous hoaxes of Jackie Chan’s death and the closeness to April Fool’s Day, then there might be some merit to the reports. However, with no independent confirmation, Jackie himself might soon be laughing at the rumors of his own demise.
Twitter trends have a habit of getting out of control with twitterers jumping on the latest bandwagon and even trying to get the internet trending for certain words.
The latest live stream of Twitter reports show thousands are reporting “RIP Jackie Chan” and so the rumors spread. To their credit, even most Twitter users are wise to the way the social network can send new fads through the roof and create a global story, even if the story is vacuous, at best.
Posted by afowzocelebstar