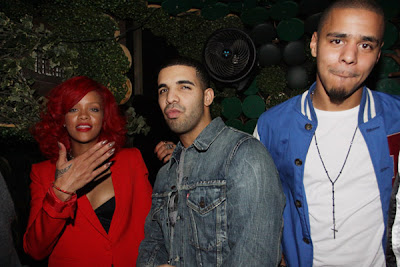 The Roc will be in the building at Rihanna’s “LOUD” tour. J. Cole has been added as an opening act for the singer’s upcoming North American trek.

The pop princess made the announcement on....
Twitter. “J.Cole will be joining me to hit the road in N.America and Canada this SUMMER #LOUDtour,” she tweeted to her 4.1 million followers. 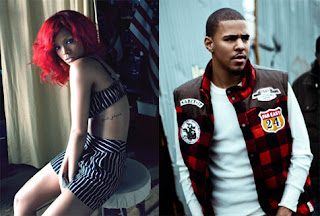 Rihanna is managed by Jay-Z’s Roc Nation and Cole is signed to the label. The North Carolina rapper released a remix to RiRi’s raunchy hit “S&M” and shared his admiration for her in a previous interview with Rap-Up.com. “I’m a Rihanna fan. She’s really dope,” he said.
The Roc stars will hit the road, along with previously announced supporting act Cee Lo Green, starting June 4 in Baltimore, traveling to Los Angeles, New York, Chicago, Atlanta, and more, before wrapping in late July. this is good news as it seams she could really use all the support she can get to make this a total success!!!
Posted by afowzocelebstar