Elizabeth Taylor: The Death Of A Legend 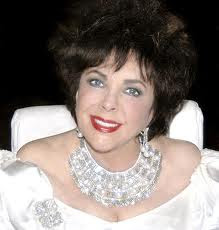 One of Hollywood's most legendary beauties, Elizabeth Taylor, died today Wednesday (March 23) at the age of 79 after spending two months in a Los Angeles hospital for treatment of congestive heart failure. One of the brightest stars in the history of the American movie business, Taylor starred in a string of hit movies in the 1950s and 60s, including "Giant," "Cat on a Hot Tin Roof" and "Cleopatra," while becoming an international sex symbol and object of tabloid fascination for her string of love affairs with leading men. In addition to being a fashion icon, perfume mogul and movie legend, later in life Taylor also became one of the leading advocates for victims of AIDS, raising millions for research and treatment of the disease in the wake of the 1985 death of her good friend the actor Rock Hudson, who died from the illness.
According to reports, Taylor died in the early morning on Wednesday surrounded by her four children — Michael Wilding, Christopher Wilding, Liza Todd and Maria Burton — at Cedars-Sinai Medical Center in Los Angeles. 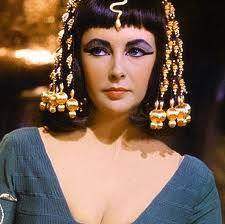 "My mother was an extraordinary woman who lived life to the fullest with great passion, humor and love," said Michael Wilding in a statement read on "Good Morning America." "Though her loss is devastating to those of us who held her so close and so dear, we will always be inspired by her enduring contributions to our world."
Born Elizabeth Rosemond Taylor in London, England, on February 27, 1932, to American parents, Taylor left England with her family on the eve of World War II and relocated to Los Angeles. Already turning heads for her beauty, Taylor took a screen test as a child and was cast in her first film at age 10, 1942's "There's One Born Every Minute."
She followed with movies such as "Lassie Come Home," "Jane Eyre" and 1944's hit film "National Velvet." She continued working steadily throughout the late 1940s and '50s, emerging as one of the world's great beauties thanks to her piercing violet-colored eyes and alluring come-hither gaze.
Playing opposite James Dean in 1956's "Giant," Taylor emerged as a star in her own right, and she was nominated for an Academy Award for her role in 1957's "Raintree County." She was nominated again the next year for "Cat on a Hot Tin Roof," losing again, but earned yet another nomination in 1959 for "Suddenly, Last Summer." 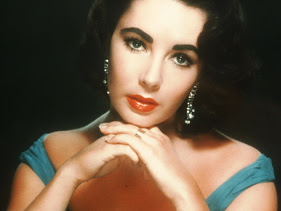 After three straight losses, Taylor finally got her award in 1960 for her peerless performance in "Butterfield 8," in which she played Gloria Wandrous, a call girl who gets entangled with a married man.
One of her most famous films was the 1963 epic "Cleopatra," one of the most expensive movies of all time when it was filmed. She met her future husband Richard Burton on the set and the two began a torrid affair that scandalized Hollywood because of Burton's married status. Burton would later become her fifth (and sixth) husband after the couple divorced in 1974 after 10 years of marriage and then remarried in 1975 only to divorce again the next year. 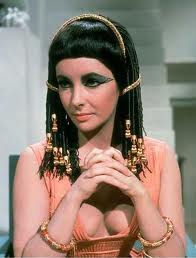 She won a second Oscar in 1966 for her role in "Who's Afraid of Virginia Woolf?" That would mark the end of her star status in Hollywood. Although she continued to sporadically make movie and TV appearances in the 1970s and '80s, Taylor would never again reach such pinnacles of fame.
The actress, who married eight times in total and became a confidant of late singer Michael Jackson, supporting him during his child molestation cases in the late 1990s and early 2000s, suffered a brain tumor in 1997 and would continue to battle a variety of ailments throughout the next decade and a half.  we will miss you so very dearly! u will always be a part of us! Adeu
Posted by afowzocelebstar