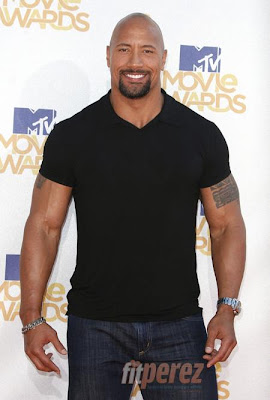 Anyone tuning into WWE's Wrestlemania on Sunday April 3rd will, when Dwayne Johnson returns to host the wrestling entertainment event of the year.

The multi-platform superstar sat down for a recent interview where he discussed returning to his roots and what is ahead for him in the wrestling world.
Discussing his reasons for retuning to WWE, the iconic wrestler said:

"I’ve always had a love for live performance. And growing up in the wrestling business, I have a love for entertaining the fans in that way. It’s a very visceral, intense, emotional, entertaining outlet for me. To be able to perform in front of 75,000 people… It’s always inspired me."
Familiar emotions kicked back into high gear while announcing his return to Wrestlemania to fans on Monday Night Raw this past February, as he explained:
"When my music hit, going out…. It was f—ing incredible. That night was the greatest Raw moment I’ve ever experienced. And that’s saying a lot. I’ve had the privilege of working with a lot of icons in the WWE. The goosebumps never left my body during that monologue."
What are fans in store for on April 3rd?
"What you can expect is getting me at my best — microphone in hand, entertaining the audience, taking the 75,000 people on a great ride for four hours, interacting backstage and in the crowd. And on top of all that is the fact that I can take my boot and stick it straight up someone’s ass. And when I’m done with that, I will slap the lips clean off their face."
Sounds like the Rock is back, but is this a permanent thing? The wrestler revealed he's not giving up movies, but hinted he does have more in store for the WWE after his hosting duties at Wrestlemania, saying:
"I’m looking to do something big and special with Vince [McMahon] after Wrestlemania." well all the best!
Posted by afowzocelebstar

Email ThisBlogThis!Share to TwitterShare to FacebookShare to Pinterest
Labels: Dwayne 'The Rock' Johnson