DJ Megatron Shot To Death at 32 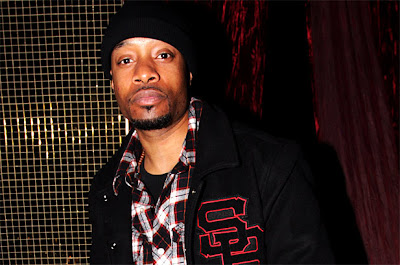 Urban radio and TV personality DJ Megatron, who built a career at hip-hop and R&B radio stations from Philadelphia to Boston and told viewers of a popular music TV show "What's Good," was ...
shot to death early Sunday, his manager and police said.

The occasional BET television segment host was killed while heading to a store near his home on New York City's Staten Island around 2 a.m., said his manager Justin Kirkland, known as J. Smoove.
The 32-year-old deejay, born Corey McGriff, was found dead with a gunshot wound to his chest, police said. No arrests had been made.
His manager said friends and relatives had no idea why anyone might have attacked a deejay known for his upbeat, amiable attitude.
"He probably had one of the best personalities around... super-positive, happy all the time," Kirkland said.
Rising to the on-air ranks after starting as an intern, DJ Megatron began his career at New York's WKRS-FM, better known as Kiss FM, where deejays remembered him on the air and online Sunday.
He also worked at what was then Boston's Hot 97.7, or WBOT-FM, and at Philadelphia's The Beat, or WPHI-FM, according to a bio on his MySpace site.
In recent years, he worked on BET's "106 & Park" music countdown series, mainly in a role interacting with its live audience, the Viacom Inc.-owned network said. But he also did some on-camera work for the show and BET's website, including "What's Good" spots that took him onto the streets to ask bystanders about topics ranging from sports to "The Five Elements of Hip-Hop."
"He will truly be missed," the network said in a statement extending condolences to his family.
The deejay, sometimes known as Mega or Mega McGriff, also appeared in movies including 2005's "State Property 2," starring Roc-A-Fella Records co-founder Damon Dash and rappers Beanie Sigel and N.O.R.E., formerly Noreaga.
A father of three, DJ Megatron also devoted time to charitable events on Staten Island, his manager said. Rest In Peace!
Posted by afowzocelebstar