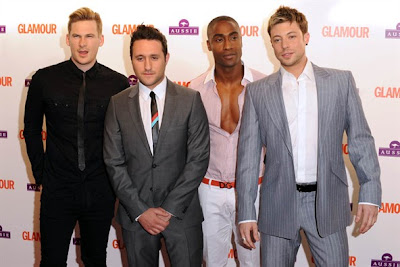 Yay! its been a long time commin!!
Blue was announced to be reuniting as a band on 29 January 2011 and to represent the United Kingdom in the Eurovision Song Contest 2011 in Germany, with their entry "I Can". It coincides with the tenth anniversary of the establishment of the band in 2001. There will be ...
a one hour documentary broadcast in April about their preparations for the final.It will be the third time the group has Eurovision ambitions as group member Lee Ryan wrote and composed "Guardian Angel", Andy Scott-Lee's song for the 2005 edition of Making Your Mind Up. Furthermore, Antony Costa came second in the 2006 edition of the show with the song "It's A Beautiful Thing". Group member Duncan James was a panellist on all episodes of the Eurovision: Your Country Needs You series in 2009, which Jade Ewen won. He also announced the UK votes in the Eurovision Song Contest 2009 final.Blue became the first UK representatives since The Shadows in 1975 to have had multiple no.1 singles in the UK chart prior to appearing in Eurovision, and the first since Gina G in 1996 to have had a no.1 at all.The song "I Can" premièred on 11 March 2011, on The Graham Norton Show, as previously stated in an interview for Eurovision fan website ESCToday.com. 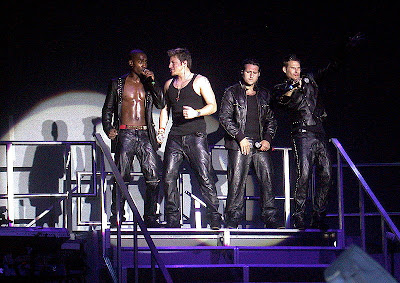 Blue have revealed that they are working with Bruno Mars on their comeback album. Discussing the record with Digital Spy, Lee Ryan said: "We've been writing with Ne-Yo, and I've written at least a couple of songs on my own that will probably make the album. "We've also been working with Bruno Mars on a song called 'Black And Blue' - he's sending his parts over from a demo we recorded a while ago. It's got some haunting notes on the chorus."
Duncan James also insisted that the result of their Eurovision bid won't affect their UK comeback, adding: "Should the worst happen, we're still going to press ahead with the album. It won't be the last of us - we're all fully committed to this band again."
Posted by afowzocelebstar

Email ThisBlogThis!Share to TwitterShare to FacebookShare to Pinterest
Labels: Blue