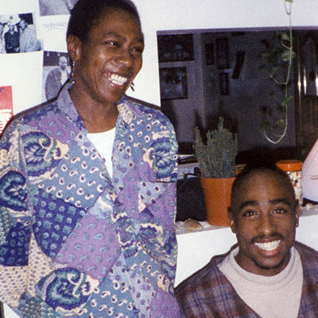 Afeni Shakur's court hearing for possessing a controlled substance was delayed for the third time. According to reports, a hearing in Robeson Country District Court was pushed back until June 2nd, although no reason for the delay was given. In April of 2010, agents with the state division of Alcohol and Law Enforcement charged Afeni Shakur with possession of marijuana, simple possession of a controlled substance and maintaing a dwelling or place for a controlled substance. While details of her original arrest are scant, Afeni was released on $10,000 bond when she was originally arrested on April 16th of 2010. The next hearing in the Afeni Shakur case will be on June 2nd.
Posted by afowzocelebstar